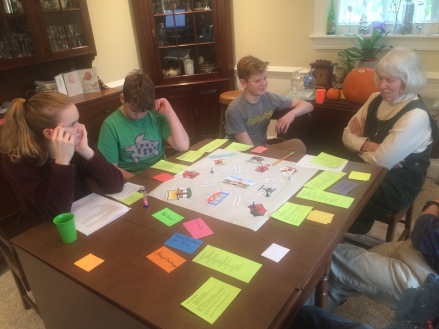 We had no idea that coming up with a board game would be so big a project when we started back in August. The good news is that we are no less committed or excited about the potential for using a board game to help Christians grow in relational depth and to help create spiritual conversations with those far from God. We stopped counting versions long about #8, because it’s hard to tell when one stops and another starts. We have had several test groups and modify it heavily after each, and now finally the kinds of changes are getting less global and more detailed.

Let me share with you the general idea of the present version. It amounts to four games in one, where players choose which scenario to play, based on both experience level and interest.

Scenario 1: Our Town – strongly recommended for first-time players. On this level, players take on the role of a reporter and interview the other players. This level is designed to enable players to get to know each other better by learning how to listen to and understand one another.

Scenario 2: My Quest. Players become life coaches for each other by learning how to ask each other various kinds of personally relevant questions.  Their “quest” is to dig deeply enough to discover another player’s hopes and dreams.

Scenario 3: Real Debate. Players discuss difficult and controversial topics. Rather than trying to win an argument, players learn to understand others’ viewpoints and try to discover points of agreement. 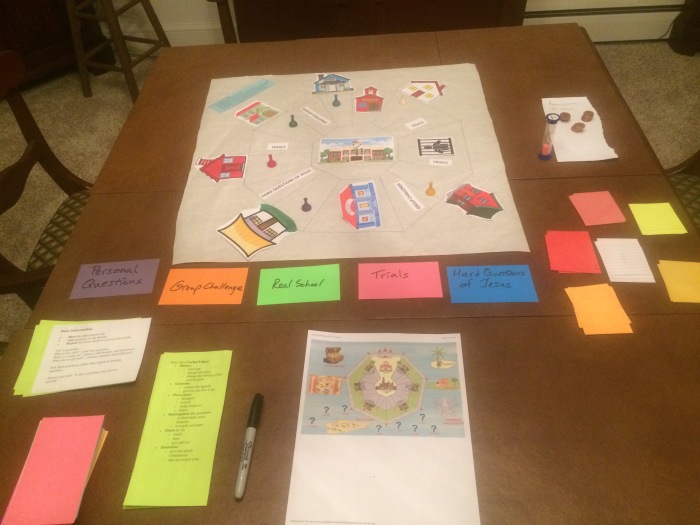 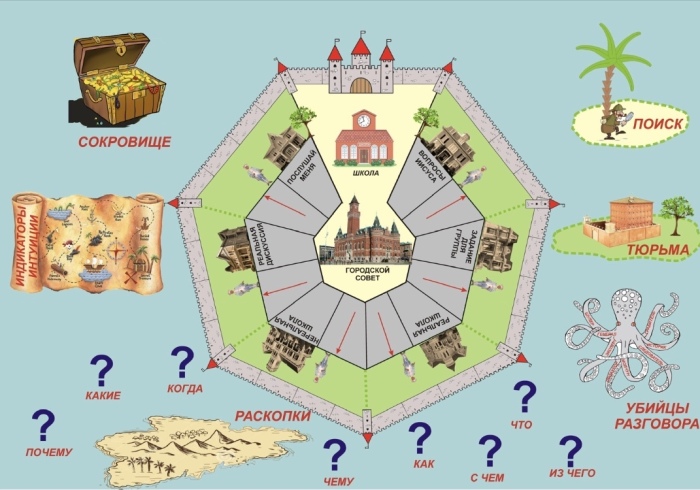 Scenario 4: City Hall. Players, as city leaders, work together to solve difficult issues facing the community. By working on single issues as a team, players learn how to find agreement together. Specifically, the team goal is to answer five critical questions about a problem facing the community.