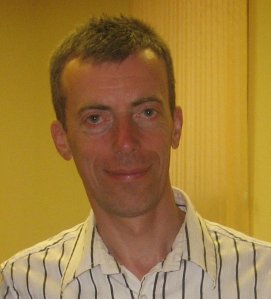 It was just a conversation with Pastor Igor during our weekly coaching session, but it seemed so packed full of juicy food for thought that I feel compelled to post a synopsis of it.

We started out talking about the war with Georgia, as I was interested in his input on what is going on from the perspective of a Russian and a pastor. He gave me some history, most of which I had gotten by now, explaining that South Ossetia had achieved and maintained a de facto independence since a conflict in the early 1990s. Although they are technically part of Georgia, they use the Russian ruble and Russian passports yet claim independence despite the fact that no one, including Russia, has recognized their sovereignty. Abkhazia is in almost exactly the same boat, and now they are formally asking to be recognized.

What concerns Igor is black and white thinking that paints Russia unilaterally as the aggressor and ends up distancing them from relationship with the West. The danger here is seen in the recent visit from the President of Syria, who compared what is going on in Ossetia with their relationship with Israel. So what kind of bedfellows could this produce if we let things get worse between the West and Russia?

Igor admitted that biblically we know that things will get worse before they get better, so we can expect more wars and collaborations between countries that share only evil as their goal. Is Russia a part of that end-time scenario? It would appear that Russia does figure into biblical prophecy (certainly more than America does), though Igor does not spend much time trying to figure it out. He got a little turned off by all the Christians who used to call the USSR the Anti-Christ. “The Kingdom is not defined by geography or politics. Jesus said, ‘the Kingdom of God is within you‘ (Lk. 17:21). So why shouldn’t the Anti-Christ be more about the fact that there will be people all over the world who are given over to the agenda of the Enemy?” He cited examples of leaders in the US who had prophesied things about the USSR in this connection that never came to pass.

We continued the topic of prophecy as I asked what he thought about Rick Joyner’s prophesies about the coming harvest and Russia’s destiny. I myself had heard about him and his ministry for years but had never read a word of his until Tobias gave me some things to read. His book, the Harvest, is an exciting read, and even if it is not true, it rings true in the sense that the principles behind what would be involved as events unfold are all totally biblical. Igor was once again cool towards Joyner, mostly because he became a sensation over here some years back, and people got so into everything he wrote that Igor knew it was a distraction.

Igor did have one prophecy about Russia he mentioned to me that excited his imagination: that of Hudson Taylor. You will be reacting the same way as I at this point:

These very things, plus the fact that Hudson Taylor’s life was one of such fruit and irreproachable integrity that Igor gives it such credence. Here is how it happened: Taylor was on furlough in England late in life (1855 or 1889), speaking at a church. Suddenly he stopped preaching as though considering something. He started again and stopped again for some time. He then announced:

“I have seen a vision. I saw in this vision a great war that will encompass the whole world. I saw this war recess and then start again, actually being two wars. After this, I saw much unrest and revolts that will affect many nations. I saw in some places spiritual awakenings. In Russia, I saw there will come a general all-encompassing, national SPIRITUAL AWAKENING so great that there could never be another like it. From Russia, I saw the awakening spread to many European countries. Then I saw an all-out awakening, followed by the Coming of Christ.”

God had showed him this vision as he was speaking, and though he doubted it the first time, God showed it again, and he felt compelled to speak it.
I was astounded. I had had no knowledge of this word. How can we not take it seriously given:

Igor went on to point out that St. Petersburg also has a prophetic destiny. Even when people come together for worldly reasons to start a community, God is always there with His purposes, and Peter the Great’s commission for the city was that it be a “window to Europe.” While men may interpret this in any number of ways, Igor wants the Church to view it through spiritual eyes so that it can lay a hold of God’s destiny for it. Obviously from this point of view, St. Petersburg is meant to have a role in bringing the best of what God has from spiritually from Europe (and the States) to bear on Russia. And, given Taylor’s prophecy, St. Petersburg may be the window that brings the revival to Europe.

And so Igor elaborated by explaining how St. Petersburg is really set apart and isolated from the rest of Russia. All of Russia’s churches look to Moscow for leadership, but St. Petersburg is an island to itself. This is rooted in pride. Alexander Pushkin, Russia’s voice of their soul, put it:
“I lifted up my head in pride, above Alexander’s column.” This monument in Palace square here, as you can see from the picture, has an angel with a cross at the top. In other words, Petersburgers have a particular bent towards elevating self above God, more than Russians in general.

I commented, “Then the solution will have to be a form of humiliation that God uses to humble them before they can move into His destiny.” Igor agreed, adding that it has already happened to some extent, though it will likely require more. I thought he was referencing the blockade during WW2 which had killed so many. No, he meant the fact that during the 1990’s the city had gained a reputation nation-wide as Russia’s criminal capital, with many highly visible and terrible murders taking place regularly. This was a disgrace to the residents, but Igor saw it as an attempt by the Enemy to thwart their calling, so he and many others prayed very mightily against it, and God answered. Now the city is relatively peaceful.

Wow. I feel like God may be showing me a part of the big picture as to why I am here. I have often wondered why I would be in such a spiritually difficult place, because I want to be where God’s action it. So now I have a sort of visionary pick-me-up!

One thought on “War and Russia’s destiny”