I got invited to a conference this month by an odd-sounding group who call themselves Mentologists. But the topic was so interesting and relevant that I had to give it a go. The entire two-day event was devoted to the subject of trying to understand the Russian mentality. As a person devoted to trying to understand and serve this culture, I join with the legions of people over the years, centuries even, who find the Russian psyche a conundrum. Winston Churchill once said, “Russia is a riddle wrapped in a mystery inside an enigma.” My first introduction to the topic was in a little-known booklet I read several years ago called, An Introduction to the Russian Soul. Moreover, I even stuck my neck out more when they called me after registering and asked me to speak on a panel of foreigners who could give their perspective on Russia. I and a young German were the token foreigners.

This is a secular group, but their approach appealed to me, and their insights were extremely valuable. Their quest is to understand the beliefs and assumptions behind any behavior and to train people how to ask helpful questions to re-orient their thinking. Before I share their insights (for these are people not at all afraid to speak uncomfortable truth, even about the government), I just want to underscore that every culture has its issues, since we are all fallen. Each culture just represents its fallenness in its own way.

The founder of this approach stated his basic thesis about the Russian mentality as such:

Some corollaries to this foundational principle are: 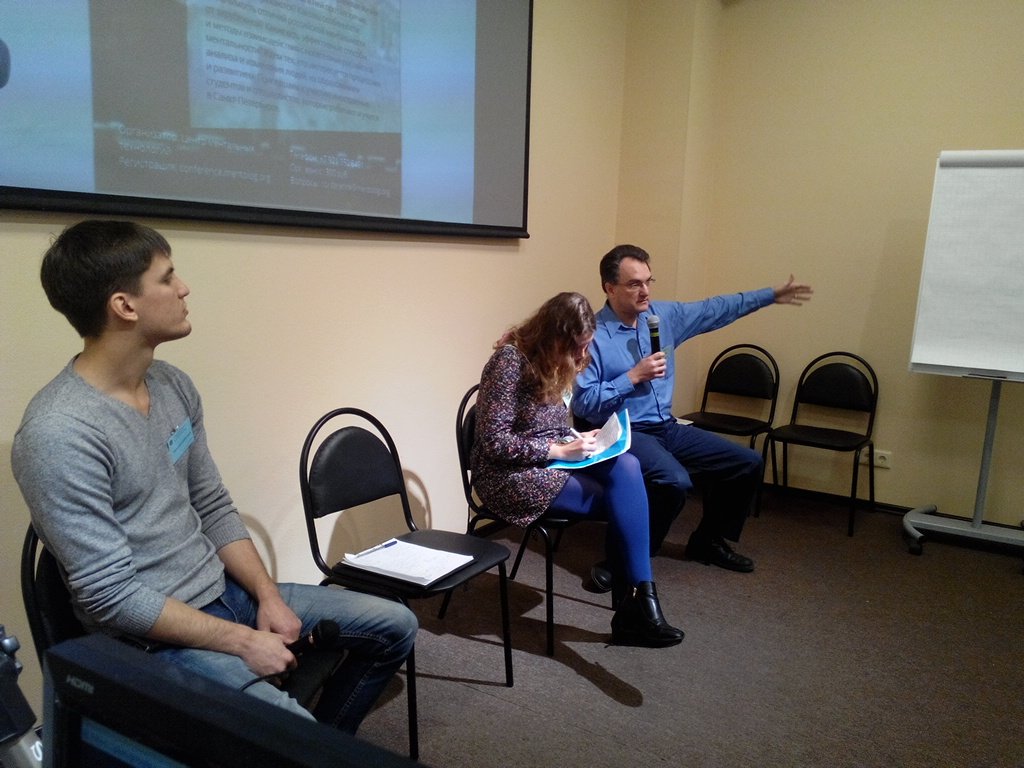 They recieved my thoughts with great interest.

Their concept of happiness was fascinating. The root of happiness (счастье) is “part” (часть). It is about getting my part, allotment. It is success, external happenstance, fate. Linguists have even determined 4 main words that essentially describe it: fate, success, part, and pleasure. This is so far from the biblically appropriate that I wish to swear off using it from here out.

There were multiple sessions and discussions about the influence of Orthodoxy on society. The founder says on the one hand that it is essentially irrelevant, and becoming more and more so, even to Christianity worldwide. On the other hand, he made an amazing assertion. He asked the question, “what European countries have been the most successful historically?” The answer is the Protestant countries. Next come the Catholic countries, where there were a lot of Protestants. At the bottom come Greece, Serbia, Bulgaria, and Russia, all of which have one thing in common – Orthodoxy. His assessment of the chief idea of Protestantism – the God of love. The chief idea of Orthodoxy – the fear of God. Of course he allowed that there have been plenty of exceptions and exceptional leaders in Orthodoxy, but he is not interested in outliers. He wants to know what ideas have what impact on people generally. I was blown away. Metaphysically, Russians look at the universe as having only two parts, heaven and hell. The earth plays no significant role. It is bad, passing, unchangeable.

I will digress from the conference here to record some thoughts I recorded a couple of months ago in discussion with a person on staff here with the Apologetic Center. He has thought a lot about how history and culture affect thinking, and he has a couple of interesting conclusions that were somewhat inspired by reading a Christian sociologist here who has also speculated on the Byzantine influences on modern Russia (also worth meeting this guy!). First, he asks the question, “Over the course of the last 800 years or so since Russia has become more or less a unified entity, what has remained stable that could account for the state of affairs?” He says the only stable influence over that time is the Orthodox Church.

How does it influence society? He mentioned two main things, though we ran out of time to see if there is more. First, morally there is a sense that the only thing that is wrong, that is a sin, is that which others see. That is, if no one sees what I did, it’s not a problem. This comes from the Orthodox conception of Church, where we come in to church and are greeted by the wall of saints. It is they who are essentially mediators between man and God, for they are kinder and can intercede for us. If we can deal with them, then God doesn’t have to know, and I can be clean.

Secondly, unlike Protestant churches, there is a hierarchy of people. It is not, as in Protestantism, that there is no fundamental difference of kind between lay and clergy, but rather that clergy are of a different class altogether. They are closer to God, and more is allowed them. This very directly leads to a worldview that leads to the form of government that we see in various forms to this day. The constant over various regimes is that very belief, that those in power are of a different sort, so that what applies to the common man does not apply to them. Even if the law says that all are equal, the spirit of the society dictates that there be a different standard applied to the powerful.

Third is the Orthodox understanding of “соборность” which is hard to translate, as it is a rather rich concept. A cобор is the cathedral. The verb собрать means to gather. And so the word would be roughly translated as “commonality” or in cruder terms, “us-uns” as we would say in the deep South. If you are in the собор, you are in. If you are out, you are out. If you are in, anything goes, to an extent, at which point, you are unofficially excommunicated from the community. Sure, the Orthodox Church looks after orthodox theology, but this is more about unspoken norms and traditions. It is at some important level, a spirit that pervades thinking so strongly that it dictates behavior at a nearly unconscious level. The same spirit rules in society broadly. What it means to be Russian and to uphold supposedly Russian traditions is guided by some unspoken Hand that dictates what is normative. It’s not important whether what is called Russian or traditional is actually the case, but if you go beyond that boundary, you are an outcast. This at least in part, explains some of what is going on in Russian attitudes towards the West.

I told him that this seems to explain why such a tendency to quickly and categorically label me and what I do as heretical, making interest in apologetics so high. He disagreed in the sense that it is not really a true apologetic interest driving it, rather this spirit striving to justify itself on apologetic grounds. Interest in true engagement with Truth claims is near non-existent. He mentioned a related issue – hatred of homosexuals. There is no love or Truth basis to this phenomenon. If you ask a Russian what Biblical basis there is for their position, they have no idea. It’s just not what they are used to, and it’s disgusting (not that I’m not suggesting that there are biblical grounds for opposing homosexuality). He even said that, going back to point two above, that there is plenty of homosexuality practiced in the Church, especially by leaders, but this is not an acceptable topic for discussion. In fact, these three points together make it impossible to speak out against evil, particularly to be a witness to a crime, for example. You are actually a traitor to your community if you speak out against evil.

The exciting part about this discussion for me is seeing some concrete areas where, if you step on them, you get your head bit off. That is, the strength of the reaction speaks of how close you are to a cultural idol. Jesus was not afraid of stepping on them, and indeed these are the very source of persecution historically. To be able not only to name these, but to be able to find a framework for (relatively) easily discerning them in any culture is my aim.

Back to the conference. From neither art, philosophy, or even literature have come any fresh ideas that could be called uniquely Russian. The greatness of Russian literature is in its expression of feelings, not ideas. Only three things could be posited as the unique contribution of Russia:

Unfortunately, he (the founder) did not comment on the first. As to the second, we have already written, but, more to the point, it was not a Russian creation, but imported and forced on the people. The third was also imported. As he put it, “The Germans invented that one and found a convenient test site for their ideas in us.”

So what did I share? The moderator and audience peppered us with questions for 90 minutes, but my main 4 points were these:

But they were not only positive, but extremely positive. Lots of people came up to talk, and I had several good conversations with people for the rest of the day. One woman’s written comments afterwards were typical: “Extremely intriguing. I was amazed at how exactly and clearly you understood Russians.” She and several others seem to want to continue some sort of relationship, so it may be a new open door for not just talking about ideas, but about meaning and purpose and where they come from in the first place.

One thought on “What is the Russian mentality?”