Abortion is not an issue I talk often about, but I have addressed it occasionally in my communications and presentations because of the horrible history that Russia and the Soviet Union have in this regard. There was a time in its history that the average woman had 11 or more abortions in her lifetime. At one point abortion was the primary means of birth control. That has changed now since the fall of the Soviet Union but education and habits have not caught up, not to mention an atheist culture that only nominally excepts the existence of God.

Despite this context, there is a dearth of ministries that promote a pro-life lifestyle or minister to those who have had an abortion. I know of only one in the city, and it is largely defunct.
An idea that came to me some time ago and got renewed recently was for our ministry take over that ministry or at least cooperate with it and take it to another level of exposure and impact. I brought this up to the one person who was on my heart to lead this ministry and asked her to pray about it. For Nastya this is a very personal issue, and as a key player in our core group here she has experienced tremendous personal transformation and is a person full of initiative.
Nastya took my charge seriously and prayed seriously over it and received a strong confirmation that the Lord was behind the idea. She only asked that it be a team effort so that she would not be alone, which was the very thing I was anxious to do. And now she’s so excited about moving forward with us that she she is even working on coming to America to get exposed to some of the ministries and people I know who are in that ministry to learn from them while I am there. She only needs money for a plane ticket!
Next I met with the head of this ministry, a friend who is also a missionary, a Lutheran pastor. He would love to revive this ministry, but there hasn’t been an active leader willing to do anything with it, so he is very open to our overtures. We could theoretically start our own ministry, but I would rather cooperate with the Lutherans because they have a good name in the community and a long-established history, which we do not, and this would increase cooperation and exposure. 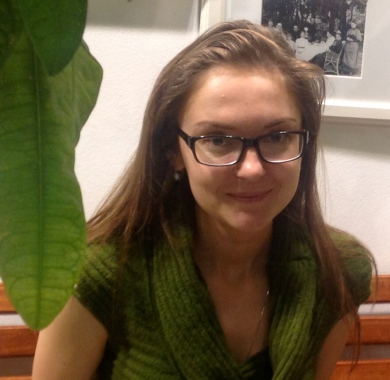 I’m terribly excited about the potential, because this is such a natural extension of our ministry, offering the opportunity to reach a whole new segment of the population with the very ministry that we already offer plus adding new tools to our toolkit. Why is this a natural extension of our ministry? Because I have intentionally taught, mentored, and trained basic discipleship skills, generic (but powerful) biblical counseling and prayer ministry skills, and grounded it all in helping people learn to hear God’s voice for themselves. Now we have a small team of ministers who can apply those skills in multiple settings and with multiple populations. They just need some add-on competencies in this specific area of ministry.
In the future I see this as a template for any number of new ministries that will grow out of our core in concentric circles. But for now, let’s work together to address the abortion issue. It’s a monster beneath the surface, killing the life of society here. For more about this work and about Nastya, click here.