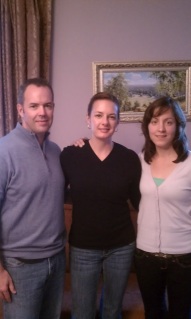 If you asked me a month ago what immediately comes to mind when I hear the word ‘Russia’, I would have given you the followi
ng adjectives: Mysterious, Difficult, Proud,  Impatient, Quiet, Controlled, Resolute, Hardened, Cold.
My husband, Travis, and I have been to Russia 5 times, having spent a combined total of 2+ months in country.  From high above Moscow in a hotel room, I’ve gazed many times out the window at the Soviet-era high-rise apartment buildings, wondering who lives there, what the living conditions are like inside, and what the people do, day in, day out.  I’ve watched people from the window of my hotel room in Tver, who go to the corner to pump water from a common well, or who make their way to an outbuilding to shave the stubble from their face.  “Is there no bathroom in his home?” I wonder.  The old man across the street sells items he’s carved from wood in a shed he probably built next to his home.  Likewise, there are old ladies sitting on the crumbled sidewalks of a busy intersection selling the mushrooms they’ve picked in the woods, or the flowers and produce they’ve grown in their gardens.  What is their life like?  Do they have hope?  I go to my computer and Google ‘Living conditions of Russian people’.
Travis and I have walked the streets among the people, and traveled by subway beneath Moscow.  The stark contrast between the opulent subway stations and the people who wait against the artfully composed marble walls, beneath chandeliers whose size and beauty would befit Versailles, seems cruel.  The people dress in dark colors: brown, blue, grey, and mostly black.  Although there are people everywhere, it is quiet.  The buses, packed full of people, are quiet.  The 9-hour airplane ride to and from Russia is quiet, until the plane lands safely on the ground.  The eruption of applause seems to say, “Thank God.  We arrived in one piece”.  The visage of the people speaks of unhappiness, hopelessness, and despair.  I wish I spoke Russian.  I want to talk to them.  I want to know if what I see is real.
Or, do I just misunderstand them?
Stereotypes are lasting, until you gain understanding.  The Russian people are so different from any cultural people I’ve encountered.  Travis and I, at times, just want to get out of Russia as quickly as possible.  This last trip we took in September, we rode a train to St. Petersburg, with a suitcase full of items to give to the Thomas family.  We could put our awful week behind us for 2 or 3 days, and learn more about the people we’ve been curiously observing over the last several years. 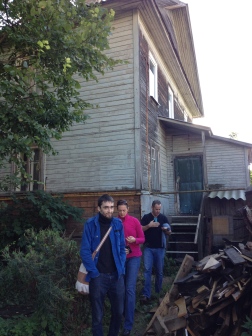 Lyle was there to meet us as soon as we departed the train.  Yuri was not far behind, and met us inside the beautiful Moscovsky station.  Yuri schlepped a giant suitcase for us across St. Petersburg to lighten our load.  We hurried, as Russians do, down below the streets into another gorgeous subway station.  We talk to Yuri and Lyle, breaking the silence of the subway car.  A block from the Thomas’ apartment, Lydia, Lyle’s daughter, runs to Yuri and hugs him.  The Thomas’ love Yuri, although sometimes he “runs away” when he feels unworthy, and they don’t see him for a period of time.  The Thomas’ seemingly have love for everyone.  They’re the ones who are waiting with open arms when Yuri, and those like him, are ready to come back.  And, everyone knows they can come back.
My husband, Travis, and I met so many people associated with the Thomas’ over a period of 3 days.  What is evident is that Russians are starving for healthy relationships and healing from multi-generational affliction.  Not the stuff you and I have nightmares about, but the stuff they’ve lived through.  Such as fending for yourself on the streets at age 6 to beg for food.  Or, knowing you should have been aborted because your mother had already aborted more than 20 children before you came along.  What about knowing the life you want is unable to be obtained because of corruption?  Or, wishing for a family to adopt you and never getting one?  How about being told that the reason no one wants you is because you’ve always been told your presence makes everyone fall ill, and believing the validity of those claims? 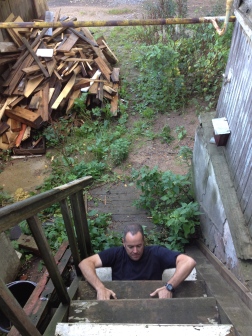 Yuri’s mother had changed the locks, so we all had to clime under the stairs, go through the cellar, and up through the kitchen floor.

What did Jesus do?  What did He command us to do?  Am I doing it?  Are you doing it?  The Thomas’ are living examples of God’s command to love the despised, the orphan, the poor, the widow, and on and on.  Their family looks no different than the average, busy American family.  They home school their children, they work (Diana teaches online courses to kids through the Potter’s School), they cook, they clean.  But their home is also their ministry.  And since home is where the heart is, there the ministry of loving others takes place daily.
Russians are hurting, and it only took us three days to understand.  There are still more questions and mysteries that loom in my head, and that leaves open the door to hopefully many returns back to Russia; Perhaps not to adopt another child, but definitely to adopt a nation of people into our hearts.
Advertisement